Doctor of Sciences, Michel Bonnemaison is the manager of a small company specializing in the search for secondary deposits of critical metals with the ambition of valuing them to minimize the environmental impact of metal extraction. (Leuven 29/07/2021).

What are you working on?

About 30% of all metals that have been extracted from the ground by mankind remain shed in the waste of mining activity. My job is to locate them as well as possible, to estimate the heavy metal hazards and to look for sites allowing them to be valued during the decontamination process.

What attracts you in the research project you are working on?

This resource of metals, essential to our energy transition, contaminates our environment and remains virtually unknown to the population and the majority of manufacturers who could benefit from it.
I hope to provide the general public with objective and exhaustive information, understandable by all, in order to promote responsible industrial activity which would find new resources in the waste of the past.

Where do you work? What do you like about your organization or the city you live in?

I am fortunate to be able to work in a small village in the south of France, quiet and unspoiled nature. My work is carried out with the help of a network of scientific and industrial partners who share the same vision and who make this activity exciting.

What characteristic do you most admire in others?

Honesty in all its forms and perseverance. 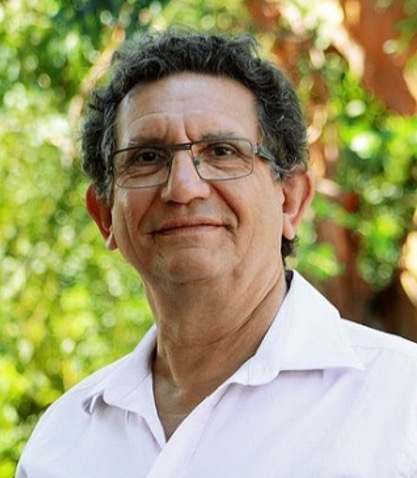 Michel Bonnemaison holds a University Doctorate and a State Thesis. The latter was entitled “Gold concentrations in shear zones: metallogeny and prospecting”. He completed his entire course at Paul Sabatier University in Toulouse.

He began his professional career as an International Expert and Scientific Project Manager for the BRGM (French Geological Survey). He is responsible for methodological programs on the exploration of gold deposits. He proposed a metallogenic model for deposits associated with crustal hydrothermalism (Gold Bearing Shear Zones).

He has carried out a large number of works within the framework of national and international projects (Canada, Brazil, Spain, etc.) and has contributed to the realization of numerous expertises for the BRGM Mining Group or the Ministry of Foreign Affairs.

In the early 1990s, he became Chairman and CEO of SEIEMSA, an exploration and mining subsidiary of the BRGM group (absorbed by Newmont). He had to set up the company, file and work on mining titles, carry out studies on the deposits to the pre-feasibility stage. He was also a Director of INGEMISA, an engineering company, a subsidiary of the BRGM Group. In addition to his functions in the aforementioned companies, he held during 6 years a professorship at the Polytechnic University of Madrid where he taught geochemical prospecting techniques to train mining engineers.

After having remained in Spain for 10 years, he was appointed Project Manager “Cordoba”, he supported the General Directorate of Mines of the Province of Cordoba (Argentina) for the establishment of a GIS system for the management of mining resources. Province. He will manage the installation of a geochemical analysis laboratory and the operating procedures associated with it. Finally, he made a plan to explore the province and provided training for the teams.

On his return to France, he was appointed Head of the “Industrial Rocks and Minerals” unit, a department attached to BRGM’s mineral resources. He must promote the discipline in the institution and offer scientific and technical programs. Examples include “Departmental Quarries Plans” or “National Mineral Resources Observatory”.

He then became Deputy Head of the “Mineral Resources” department at BRGM. It is responsible for organizing audits on metalliferous deposits on behalf of industrial, financial or institutional organizations. He was one of the experts at the EI-TAF World Bank.

After a long career at BRGM, Michel Bonnemaison has also held the positions of CEO of mining exploration companies (Variscan Mines, Mines du Salat, Ariège Tungstène).
He is now the Manager of the R & D E-Mines company.

This website uses cookies to improve your experience while you navigate through the website. Out of these, the cookies that are categorized as necessary are stored on your browser as they are essential for the working of basic functionalities of the website. We also use third-party cookies that help us analyze and understand how you use this website. These cookies will be stored in your browser only with your consent. You also have the option to opt-out of these cookies. But opting out of some of these cookies may affect your browsing experience.
Necessary Always Enabled

Any cookies that may not be particularly necessary for the website to function and is used specifically to collect user personal data via analytics, ads, other embedded contents are termed as non-necessary cookies. It is mandatory to procure user consent prior to running these cookies on your website.