Superconductivity was first identified in 1911, but for many years remained a laboratory curiosity while metallurgical and manufacturing technology struggled to catch up. The first niobium-based superconductor discovered was niobium-tin (Nb3Sn) by Bell Telephone Laboratories in 1954 and this prompted many others to be developed, including niobium-titanium in 1962.

The steady increase in the energy of colliders during the past 40 years, which has fuelled some of the greatest discoveries în particle physics, was possible thanks to progress în superconducting materials and accelerator magnets.

The highest particle energies have been reached by proton­ proton colliders, where beams of high-rigidity travelling on a piecewise circular trajectory require magnetic fields largely in excess of those that can be produced using resistive electromagnets.

Starting from the Tevatron în 1 983, through HERA in 1991, RHIC în 2000 and finally the (Large Hadron Collider) LHC în 2008, all large-scale hadron colliders were built using superconducting magnets. Large superconducting magnets for detectors are just as important to high-energy physics experiments as beamline magnets are to particle accelerators.

ln tact, detector magnets are where superconductivity took its stronghold, right from the infancy of the technology în the 1960s, with major installations such as the large bubble-chamber solenoid at Argonne National Laboratory, followed by the giant BEBC solenoid at CERN, which held the record for the highest stored energy for many years. A long line of superconducting magnets has provided the magnetic fields for detectors of all large-scale high-energy physics colliders, with the most recent and largest realisation being the LHC experiments, Compact Muon Solenoid (CMS) and ATLAS. 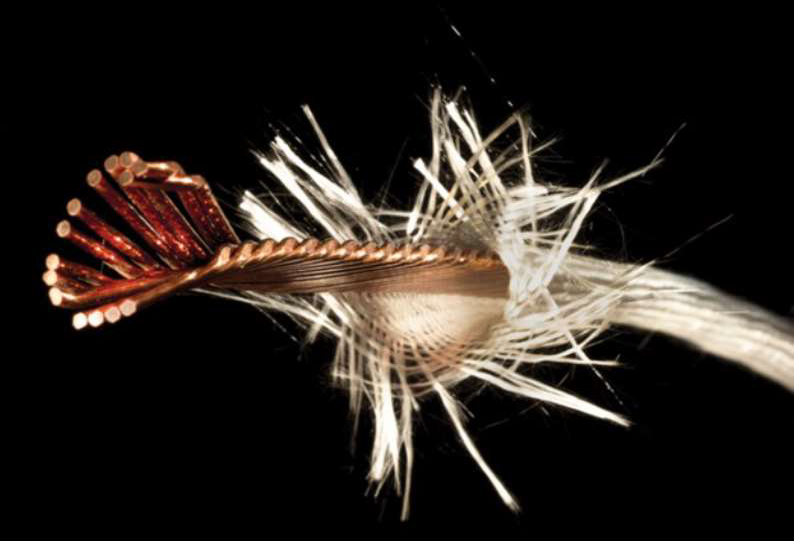 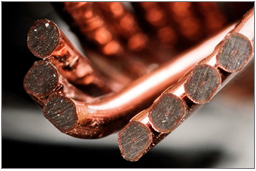 AII past accelerator and detector magnets had one thing în common: they were built using composite Nb-Ti/Cu wires and cables. Nb-Ti îs a ductile alloy with a criticai field of 14.5 T and criticai temperature of 9.2 K, made from almost equal parts of the two constituents. lt was discovered to be superconducting in 1962 and its performance, quality and cost have been optimised over more than half a century of research, development and large-scale  industrial  production.  lndeed,  it  îs  unlikely  that  the performance of the LHC dipole magnets, operated so far at 7.7 T and expected to reach nominal conditions at 8.33 T, can be surpassed using the same superconducting material, or any foreseeable improvement of this alloy.

And yet, approved projects and studies for future circular machines are all calling for the development of superconducting magnets that produce fields beyond those produced for the LHC. These include the High-Luminosity LHC (HL-LHC), which îs currently taking shape, and the Future Circular Collider design study (FCC), both at CERN, together with studies and programmes outside Europe, such as the Super proton-proton Collider în China (SppC) or the past studies of a Very Large Hadron Collider at Fermilab and the US-DOE Muon Accelerator Program.

This requires that we turn to other superconducting materials and novei magnet technology. 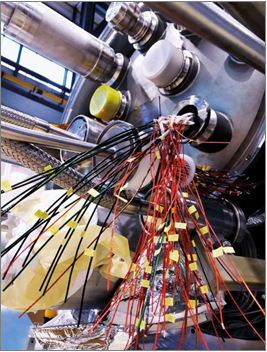 One of the 11 T niobium-tin dipoles for the HL-LHC, pictured at CERN's Large Magnet Facility in January 2020. Photo: M Rayner/CERN

To reach its main objective, to increase the levelled LHC luminosity at ATLAS and CMS, and the integrated luminosity by a factor of 1O, the HL-LHC requires very large-aperture quadrupoles, with field levels at the coii în the range of 12 T în the interaction regions. These quadrupoles, currently being built and tested at CERN and Fermilab, are the main fruit of the 10-year US-DOE LHC Accelerator Research Program (US-LARP) – a joint venture between CERN, Brookhaven National Laboratory, Fermilab and Lawrence Berkeley National Laboratory.

ln addition, the increased beam intensity calls for collimators to be inserted în locations within the LHC "dispersion suppressor", the portion of the accelerator where the regular magnet lattice îs modified to ensure that off­ momentum particles are centered în the interaction points. To gain the required space, standard arc dipoles will be substituted by dipoles of shorter length and higher field, approximately 11 T.

As described earlier, such fields require the use of new materials. For the HL-LHC, the material of choice îs the intermetallic compound of niobium and tin Nb3Sn, which was discovered in 1954. Nb3Sn has a criticai field of about 30 T and a criticai temperature of about 18 K, outperforming Nb-Ti by a factor of two. Though discovered before Nb- Ti, and exhibiting better performance, Nb3Sn has not been used for accelerator magnets so far because în its final form it îs brittle and cannot withstand large stress and strain without special precautions.

ln tact, Nb3Sn was one of the candidate materials considered for the LHC in the late 1980s and mid 1990s. Already at that time it was demonstrated that accelerator magnets could be built with Nb3Sn, but it was also clear that the technology was complex, with a number of criticai steps, and not ripe for large-scale production. A good

20 years of progress in basic material performance, cable developmen,t magnet engineering and  industrial process control was necessary to reach the present state, during which time the success of the production of Nb3Sn for the ITER fusion experiment has given confidence in the credibility of this material for large-scale applications. As a resuit, magnet experts are now convinced that Nb3Sn technology is sufficiently mature to satisfy the challenging field levels required by the HL-LHC. 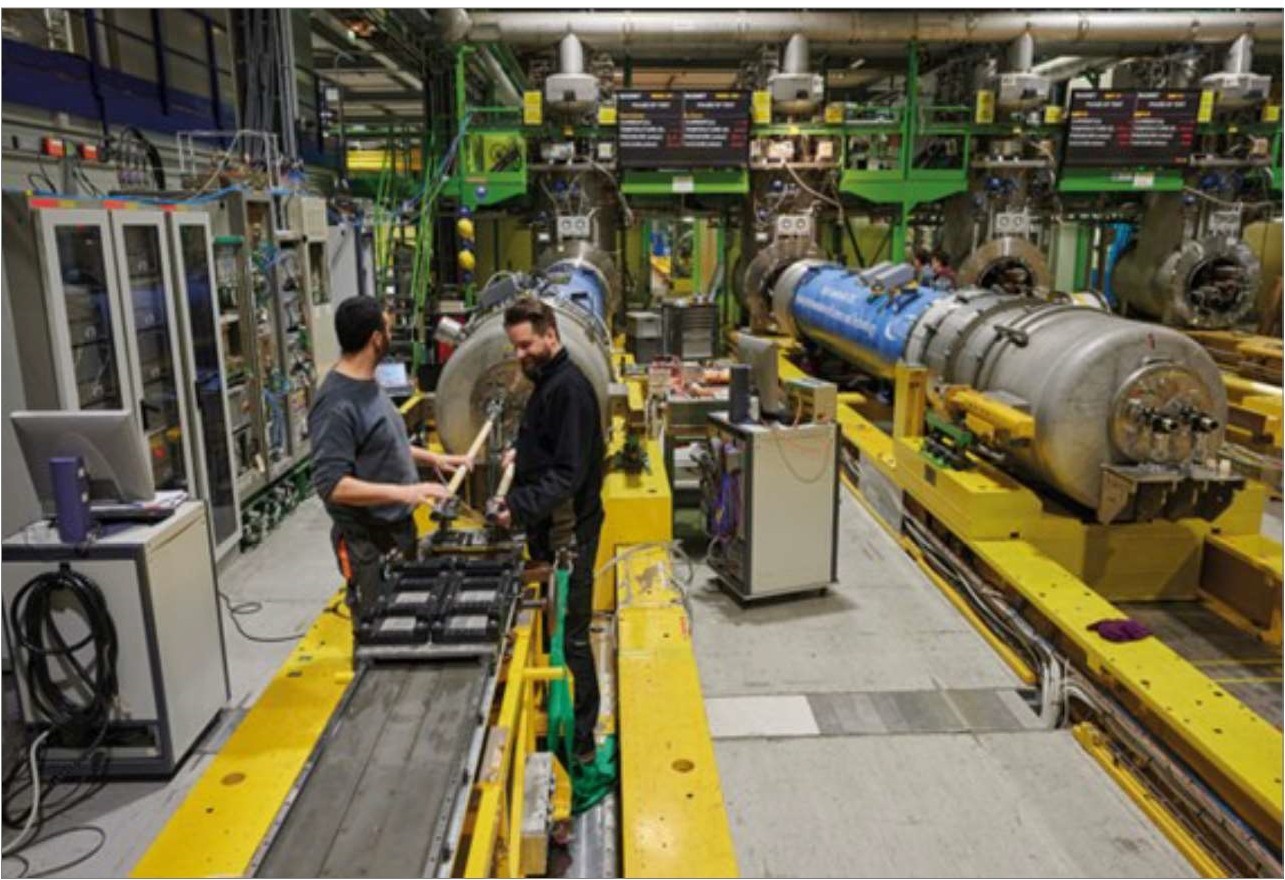 contain Nb and Sn precursors in a Cu matrix.

ln this form the cables can be handled and plastically deformed without   breakage.   The   coils   then undergo heat treatmen,t typically  at a temperature of around 650 °C, during which the precursor elements react chemically and form the desired Nb3Sn superconducting phase.

At this stage, the reacted coii is extremely fragile and needs to be protected from any mechanical action.

This is done by injecting a polymer, which fills the interstitial spaces among cables, and îs subsequently cured to become a matrix of hardened plastic providing cohesion and support to the cables.

The above process, though conceptually simple, has a number of technical difficulties that call for top-of-the-line engineering and production control. To give some examples, the texture of the electrica! insulation, consisting of a few tenths of mm of glass fibre, needs to be able to withstand the high-temperature heat-treatment step, but also retain dielectric and mechanical properties at liquid-helium temperatures 1OOO °C lower.

To to continue reading this article see this newsletter bulletin: https://www.tanb.org/view/t-i-c–bulletin